This site is intended for healthcare professionals

Select your preferred date and time below [58.80 per session]: 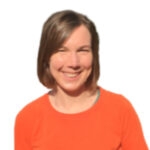 I graduated from The University of Birmingham in 2005 where I was also part of  Birmingham Medical Research Expeditionary Society. After foundation training and time in New Zealand I returned to do my GP training in the Wessex area. As part of this I obtained both MRCGP and MRCP qualifications as well as Diplomas in Child Health and Obstetrics and Gynaecology.

As a newly qualified GP I helped to set up a local “First 5 group” to support ongoing CPD for myself and local colleagues. After working in Hampshire, I spent a year in Canada getting to grips with a different health system and style of working. I subsequently settled in Norfolk and have recently enjoyed assisting my practice in the introduction of remote consulting through digital triage and telephone consultations.

Outside of work, I am a keen cyclist and enjoy long-distance sportives.  I am also a mum to two young and very active children! 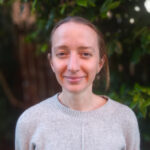 Hannah is a Locum GP based in the North East of England.

After graduating from Newcastle Medical School in 2009 she completed her foundation training in Northumbria before entering GP training. During her training she complete the Diploma with The Faculty of Sexual and Reproductive Healthcare, whilst working in a sexual health clinic in Newcastle Upon Tyne.

After qualifying as a GP Hannah has had a variety of roles running alongside her regular GP work, including working as a GP in a substance misuse centre in South Shields, spending a year working as an Associate Clinical Lecturer with Newcastle Medical School and working with Health Education England as an assessor for GP recruitment.

Over the last 3 years she combined her clinical work with her passion for teaching. She works closely with First Contact Clinical, a social enterprise scheme in the North East and has developed and now leads their sexual health and alcohol and substance misuse training sessions, she also runs sessions for GP trainees with Health Education North East on alcohol and substance misuse. She is currently completing the Certificate in Medical Education with Newcastle University.

Outside of work Hannah lives with her husband and their 3 children, and she is a keen runner and mountain climber. When she hasn’t been busy running after the children, she has completed various items on her bucket list including The Great North Run and the topped the 3 Peaks. 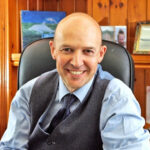 Dr Roger Henderson was born in 1960 and raised in Cumbria. He qualified as a doctor from St Bartholomew’s Hospital, London in 1985, and as a general practitioner in 1990.

He entered the media world in 1995, and within 2 years was the medical columnist for the Sunday Times. He now writes for a number of national newspapers and magazines, is the consultant clinical writer for the Healthily website, and appears regularly on the television, radio and online, being one of the UKs most trusted health broadcasters.

He is a very experienced GP, formerly the senior partner of a 14,000-patient general practice where he was also a GP trainer, running his large main surgery and two branch surgeries including a University campsite. He now works as a sessional GP in order to concentrate on his health PR and media work, and is a regular judge for the national General Practice awards.

He has written and given presentations at many national and international health conferences over the last 25 years, and is involved with multiple online talks and presentations as well as being an experienced conference chairman and facilitator. His website is www.drhenderson.co.uk

James is a Portfolio GP working in Nottingham.  James has a great interest in teaching, technology and online interactive education and has a boundless enthusiasm and drive to create and support communities of doctors and learners and also in finding new ways of doing things and delivering interesting interactive education.  He works as a GP tutor delivering the New to Practice programme and Trainee Transition scheme via the Phoenix Programme as well as working for the Nottinghamshire Alliance Training Hub finding, creating and supporting educational and CPD events.  In addition to education, he also manages schools outreach projects and has been leading the creation of a workforce app due for release soon!  James is the Vale of Trent First 5 Lead and part of the leadership committee for NextGen GP in the Midlands.

In addition to his medical qualifications, he has a Postgrad Certificate in Medical education and is a certified MOOC (Massive Open Online Course) builder.

James loves nothing better than spending time with people and being on stage and has a passion for music and “am-dram” and is busy filling his house with guitars (15 and counting) but also play the violin with the Nottingham Symphony Orchestra. James is also an avid traveller having taken 2 years within training to explore the world and try new and exciting things all across the globe.

To ensure sessions remain sufficiently interactive and educationally rewarding, the number places will be strictly limited to 30 users.

Study groups will be delivered via the Zoom online video platform  available for desktop computers (webcam required) or mobile devices. It is important to sign-up to Zoom in advance of the session.

Home
Study groups
Shortcuts
GPnotebook
GPnotebook Podcast
GPnotebook TV
About us
Contact us
Terms and conditions
Privacy policy
The information provided herein should not be used for diagnosis or treatment of any medical condition. A licensed medical practitioner should be consulted for diagnosis and treatment of any and all medical conditions. Any distribution or duplication of the information contained herein is strictly prohibited. GPnotebook Education stores small data files on your computer called cookies so that we can recognise you and provide you with the best service. If you do not want to receive cookies please do not use GPnotebook Education.